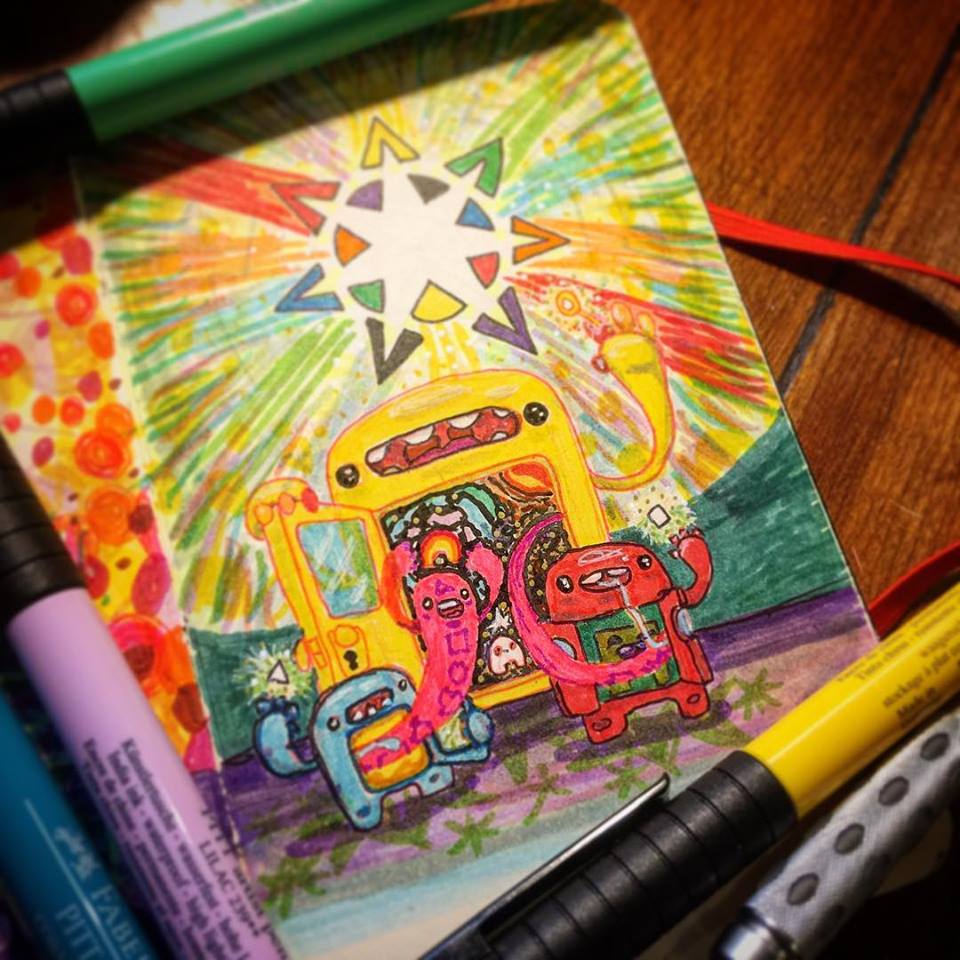 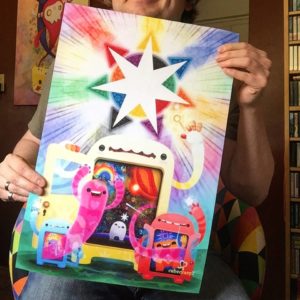 I just finished up this new piece last night.  The Star is part of an ongoing series I like to call “Monsters with Magic Shapes,” (MwMS) and The Star make piece number 7!  MwMS is a very personal series inspired by dreams and meditations, exploring colorful worlds through imagination exercises hoping to invoke inspiration in the arts as well as to touch base with a more spiritual nature.

Each piece is somewhat etheric, while the main focus is a geometric shape that doesn’t really exist but only appears in the negative space, the bottom depicts a scene of colorful creatures that may have a message to share.  I can honestly admit that when I first started the series I was lost and confused as to what the first few pieces meant as they appeared as very strange dreams, but through meditation and reflection, the series began to reveal more to me and now I have a path to follow.  I already know what the next shape will be, and perhaps so do you too! 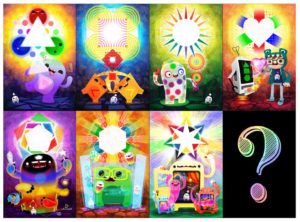 The Star, for me, is about connecting with the hidden creative intelligence inside of us.  By using our imagination we can create (and destroy) imaginary constructs, or beings that can help us.  This made me think back on my childhood and all of the imaginary friends I had.  Sometimes when I meditate I imagine a creature like the ones in The Star.  I ask it for help or to take me where I need to go.  Sometimes the scenes make sense, sometimes, they show aspects of my past that I need to learn from, and sometimes the places don’t make sense, like floating in space, but it is fun and I enjoy traveling in my mind.  It might sound weird but it is perfectly safe. 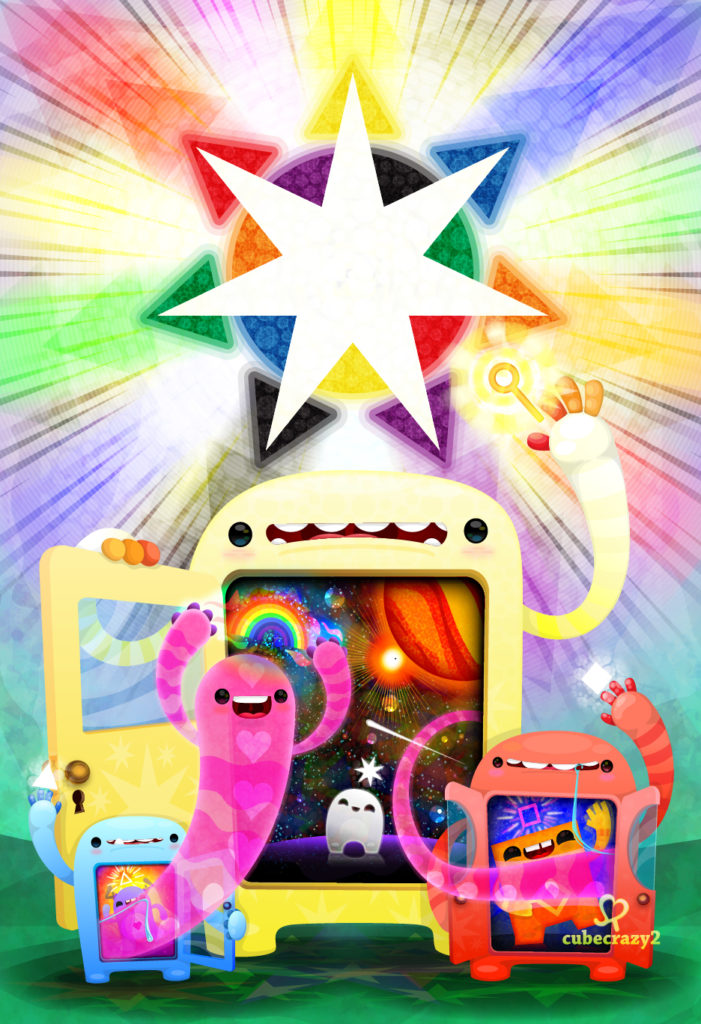